This Friday (26th Jan 2018 ) sees the world 🌍 witness a global event. A crazy event where a country in the Southern Hemisphere takes park in”their” day. 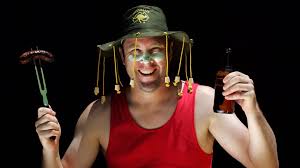 kangaroos and dingos. Australia 🇦🇺 has moved on.

Aussies are known for enjoying a tipple or two 😉 but there is a lot to celebrate.

Australia Day is celebrated each year on the anniversary of the first fleet from Britain landing in Sydney Cove. Many Australians consider January 26 with national pride, flying the Australian flag from businesses, homes, cars and even their babies. They attend festivals, fireworks, community and sporting events or gather for family barbecues at homes, parks or on the beach.

However, there is also a growing movement of people who feel the holiday must change date or theme on account of the terrible impact of colonisation on indigenous people

home for tens of thousands of years before European settlers arrived nearly 230 years ago.

to selected Australians, which is ‘an Australian society of honour for according recognition to Australian citizens and other persons for achievement or meritorious service’.

The beginnings of colonised Australia As a nation, Australia had a painful start. Under British rule it was initially intended as a penal colony. The ruling classes in 18th century England considered criminals to be incapable of rehabilitation. Their method of reprimand was to segregate convicts from the general population.

In October 1786, Arthur Phillip was appointed captain of the HMS Sirius, and assigned to transport British convicts to the continent. His mission was to establish an agricultural work camp. Captain Phillip commanded a fleet of 11 ships and 1,500 passengers, including 700 prisoners. After an 8-month journey, they reached Sydney Cove.

It was January 26, 1788 when the First Fleet landed in Sydney Cove. Between January 18 and 20, 1788, the First Fleet of 11 ships sailed into Botany Bay to set up a penal colony there but the bay proved to be unsuitable. Captain Phillip took a team north and named the area on the south shore of Port Jackson as Sydney Cove. The formal establishment of the colony occurred two weeks later on February 7.

The first colony got off to a rocky beginning as the soil was poor and the settlers didn’t know how to farm. The settlement was on the verge of starvation for several years. However, under the able leadership of Captain Phillip, the people persevered. By 1792, when he returned to England, the outpost was prospering. As a sense of patriotism and pride developed, the people began to consider January 26 as their founding day. In 1818, January 26 was declared a legal holiday, marking the 30th anniversary of the British settlement in Australia.

Over the next 80 years, the population steadily increased, and five additional self-governing colonies were created. On January 1, 1901, all six colonies united to form the Commonwealth of Australia.

• Australian of the Year

• Senior Australian of the Year

• Young Australian of the Year

Then the honours are conducted from a podium in front of Parliament House.

Events across the country• Sydney Harbour Bridge flag-raising • Australia Day in Sydney starts at the Harbour with the 7:30am raising of the Aboriginal

on Sydney Harbour Bridge. This dramatic event begins with the lighting of an honorary fire at the Sydney Opera House, which is carried to the Tribal Warrior, an Aboriginal vessel. Bark canoes are then dispatched to meet the Tribal Warrior beneath Harbour Bridge. Fire from each of the tribes rises like incense as the Aboriginal and Australian flags are raised, paying tribute to the nation’s history.

• Sydney Ferrython • This unique race begins at 11am, when decorated commuter ferries depart Circular Quay for Shark Island and back to Sydney Harbour Bridge.

Melbourne• Australia Day Parade •t is preceded by a rousing flag-raising ceremony at 10:30am, at Melbourne Town Hall. The Governor of Victoria gives an Australia Day Address, accompanied by the Royal Guard of Honour. At 11am, the colourful parade begins.

Brisbane fireworks cap off a day of music, interactive art, and swimming.

For whats on in London please click on the link below

But that is the frivolity of the day. Here a a few wines to enjoy the day with…

Big Top vintage. Full of Character and lots going on. The fruit is big Shiraz but in a grown up sort of way. Different levels of charater in the experience of the tasting. Savoury notes as well. Can be drunk now but would do well if left for years and would become a “trusted old gent” … but it will hurt your wallet ! 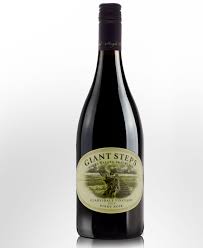 Based in Yarra Valley, Giant Steps has won a reputation for making consistently excellent wines like the ‘Sexton Vineyard’ Chardonnay. Expressive, fresh and lengthy, the wine is yellow-gold in the glass and has notes of

white peach, lemon curd and melon. With touches of fennel and lime

Family owned d’Arenberg is located in the breathtaking McLaren Vale in South Australia, and produces an enviable range of wines. A vibrant purple and persistent mousse, the bead lively; a wine that tickles the nose as it tantalizes the palate.

The nose is a swirl of exotic spice, ripe plum

and black olive, a heady mix that draws you back for another whiff of dark fruits

and a hint of cedar.

The palate is full and fresh, slightly sweet, showing strong flavours of